PRESENT DAY The drive to Chilliwack was uneventful and when they got to the cemetery it was mostly deserted. They passed one woman who appeared to be in her mid-to-late thirties sitting cross-legged in front of a headstone. As they walked down the path, Susan kept looked around trying to see if people were watching […] 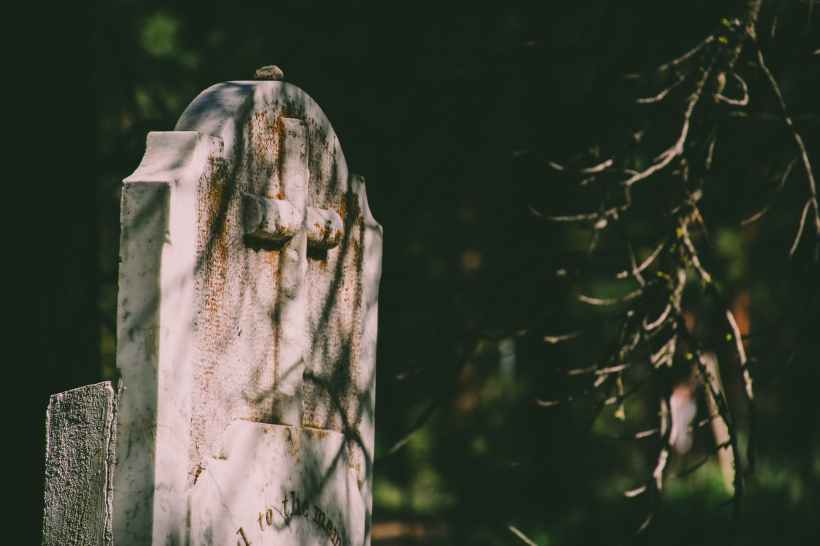 Did you want to start the series from the beginning? The Letter: Part 1

The drive to Chilliwack was uneventful and when they got to the cemetery it was mostly deserted. They passed one woman who appeared to be in her mid-to-late thirties sitting cross-legged in front of a headstone.

As they walked down the path, Susan kept looked around trying to see if people were watching them.

“Remind me never to commit crime with you,” Barb said. “You look so guilty and we haven’t even done anything yet.”

“What if we get caught.” She hissed.

“Then they kick us out?” Barb shrugged her shoulders.

“Or we get arrested.”

“For what? Planting flowers?” She held up the geranium she was carrying. She had grabbed a potted plant from the grocery store the day before. Richard had written in the letter that he had buried his coin collection in front of the headstone of an Ernest Tremblay.

Barb laughed. “And you always accuse me of being dramatic! Relax, I’ll do all the work. You don’t even have to be at the same grave as me. In fact, I think I’d prefer—” she looked closely at Susan as she stood back up. “Are you sweating?!”

“I hate this,” Susan whispered. “How are we going to find this grave?”

“I guess we search. We’re looking for Ernest Tremblay who died in 1993.”

They spent the next hour walking up and down the rows of graves, reading the different names. Finally, they stopped in front of a headstone that read:

“Who do you think he was?” Susan asked.

There wasn’t anyone around. They had passed a couple of people standing in front of graves as they had been searching, but now they were the only ones standing under the late September sun.

Barb set her bag on the ground. She pulled out a small hand shovel as Susan looked around nervously. “How do you know you if you’re digging in the right place?”

Barb shoved her spade into the grass just in front of the headstone. “I don’t. But if I were going to bury something and use a headstone to mark it, this is where I’d put it. I mean, Richard obviously wanted his sons to find it so he’s not going to make it unnecessarily difficult.”

Barb kept digging as Susan stood in silence keeping watch for people. The sound of the grass roots tearing as she tore up the top soil filled the silence. Once she broke through the grass it became easier to dig. Finally, her shovel hit metal.

Barb burst out laughing. “I think they’re buried a little deeper than this.”

“Give me a break. I’m nervous.” She hugged her arms around herself, still looking around for possible witnesses.

Barb kept digging, scrapping the dirt away from the top and sides of the box. Finally, she was able to pry it out of the hole. She was about to lift the lid, but Susan bent down placed her hand on the lid.

“Not here.” She pulled the box out and began to quickly walk back to the car. Barb scoped the dirt back into the hole as quickly as she could with her hands. Then, she patted the earth down, brushed the dirt from her pants and began to run after Susan.

“Don’t you dare open that without me!” Barb called out as she raced after her sister.