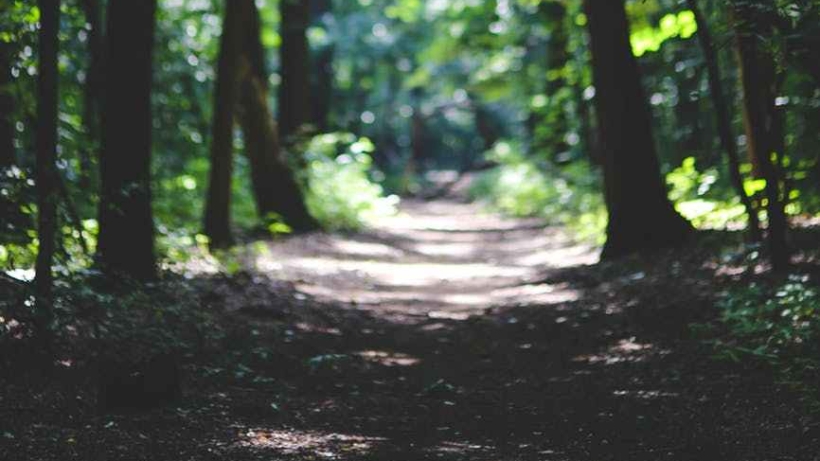 Josephine held hands with her steady beau as they walked through the woods to the hill they liked to hike. She looked over at Frank and he grinned down at her. They both turned when a clattering sounded behind them as first one bike appeared on the path behind them followed quickly by a second.

Frank grabbed her around the waist and swung her out of the way as the boys barreled past. “You okay?” Frank asked. She nodded.

The second boy skidded to a stop up ahead and looked behind him.

“Gee, sorry mister. We didn’t see you,” the boy said. He appeared to be about 10 years old.

The other boy had by now realized his brother had stopped and turned back to see what was happening. Josephine looked at their identical faces staring at her with concern and something in the moment felt so familiar, but she couldn’t place it.

The boy closed to them grinned and nodded.

“C’mon Ricky!” the other boy called.

Frank and Josephine watched them race off on their bikes. “Come on,” Frank grinned at her, holding out his hand for her to take as they continued on their hike.

“No, no, no! That’s not supposed to happen,” Earl muttered, shuffling through his papers. He glared over at Sam who was still cowering in the corner. “Frank was supposed to yell at the boys for almost running them over. Why was he nice this time?”

Sam shrugged his shoulders. “So he was nice? Isn’t that a good thing?”

Earl closed his eyes and heaved a giant sigh. Without saying anything he continued working.

“I guess not,” Sam whispered.

Frank and Josephine continued their hike up the mountain hand in hand. When they got to the top they found a flat, smooth rock to sit on so they could look out at the city below. They chatted and laughed for awhile. Josephine had always loved how easy it was to talk to Frank.

Finally, she said, “I think we should head back down before the sun sets and we’re stuck hiking in the dark again.”

She laughed. “Maybe for you! I was scared out of my mind.” She gave him a playful shove and started to stand up.

“Just a minute.” He reached into his pocked and pulled out a ring. Before she could process what was happening, he was on his knee looking at her. Her face broke into a huge smile.

“There! See, we’re back on track!” Sam leapt up from his chair and pointed at the screen. “She marries Frank. Walter isn’t in the picture. It’s all back to normal.” He flopped back into his chair and gave a great sigh of relief.

Frank raised his eyebrows. “We are not back on track. He didn’t yell at boys back there. Something has changed.”

Josephine and Frank couldn’t stop smiling the whole way down the hill. They discussed when they’d get married and how many kids they’d have, joking and laughing the whole way.

“Twin boys,” Frank said, as they walked through the woods back to the road.

“You know it’s funny you say that, but I’ve been thinking that ever since those boys almost ran us over,” Josephine said, suddenly serious. “I could just see it, you know. Like a memory I couldn’t quite reach.” She laughed nervously, “I sound crazy.”

“Hey mister!” a voice called behind them.

They turned around to see the boys were back. “You want to see something really neat?”

“Ricky found a bat in our fort!”

Frank and Josephine shared a look and smiled. “Sure.” They turned off the path and followed the boys to their fort.

“What are they doing? No, no, no! Go back!” Earl shouted at the screen.

“It’s just a bat,” Sam muttered under his breath.