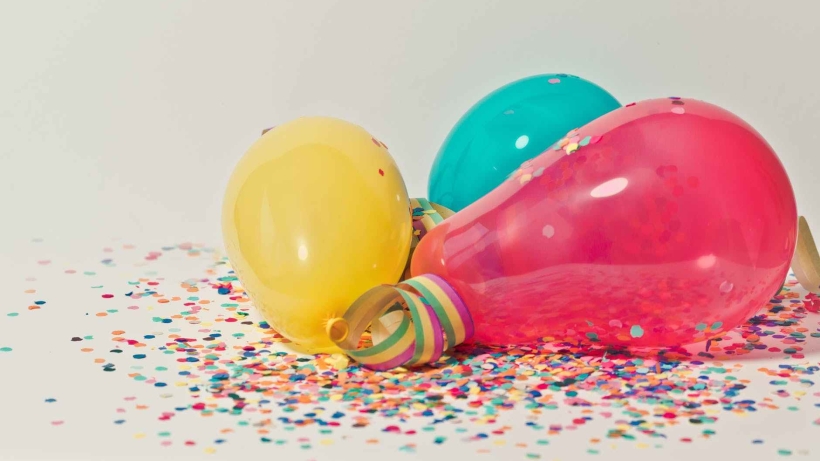 “Why are there streamers everywhere?” Sam asked, kicking his way through twirling pieces of crepe paper that littered the floor intermingled with balloons. Used plastic cups lined the window sills and left rings of water seeping into the corners of desks.

Earl shrugged. “They must have had a breakthrough recently.” He sat down at one of the many vacant computers and input the password he’d swiped from Stewart, a naïve and habitually absent-minded friend who kept all of his passwords in a bound notebook that he usually kept in the right breast pocket of his jacket.

He tapped the keys on the keyboard in front of him and one of the 50 or so screens around the room came to life.

“What are you doing?” Sam asked, plopping down in the chair beside him.

“I need to figure how what exactly happened after they went into the woods with the boys.”

Sam sighed and propped his feet up on the desk. “You’re really not one to just let things go, huh?”

Earl just grunted. The screen in front of them lit with the images of Josephine and Frank following the boys into the woods to see their fort. They were off the main path and trees and shrubs filled in the small trail they were following. The boys didn’t have their bikes with them and all four of them were pushing branches and leaves out the way. By the time they reached the clearing where the fort was built, they all had scratches on their arms and legs.

The twins’ bikes were lying on their sides in front of the fort which was more a pile of broken sticks and boards thrown together than anything resembling an actual building.

Frank followed them with Josephine hovering behind him clinging to his elbow. On the ground, inside the fort was a bat. It was awake with its wings spread out, hobbling along the ground.

“It’s hurt,” Frank said. He reached down to pick it up, but Josephine squealed and pulled his arm back.

He laughed. “It won’t hurt me. Look, he’s tiny and obviously hurt. I’m just going to help him.”

He bent down and slowly stretched out his hand towards the bat, trying not to startle it. Josephine turned away and refused to look.

“Neat!” One of the boys said. “Maybe now you’ll become a vampire.”

“I want to be a vampire!” the other boy said, looking extremely jealous.

Doctors came in and out. Josephine sat by the bed with his mother, both crying. Other milled about the room as things became more dire. Finally, after more fastforwarding a sheet was pulled up over his face.

The screen faded out as Earl angrily hit another key on the keyboard.

“So that’s it. He dies of rabies.” Earl said, looking disgusted. “Somehow I need to stop them from meeting those boys.” He ran his hands through his hair.

“It’s worse than that.” Sam said. He’d moved to a different computer while Earl had been engrossed in the scene playing on the screen. “I just figured out why you didn’t get fired. Undoing Josephine’s timeline is going to harder than you think.” He looked over at Earl with a smirk on his face.