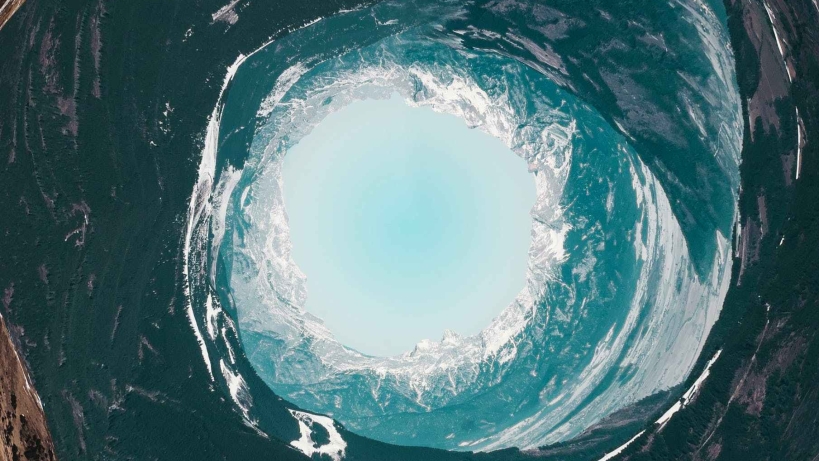 The water in the pool shimmered and waved before settling into an artificial calm that was so still there wasn’t even the whisper of a ripple. From the depths of the water appeared the old farmhouse where Earl used to live with his family. The image was a bird’s eye view.

Through the door of the house stepped Josephine at eighteen years old. Her long dress softly blew in the breeze. It was a couple of days before the proposal. He would have loved to step into the pool and join her back in her life. This time around he would be there to congratulate her, to walk her down the aisle, and to hold his grand kids, but he knew he couldn’t. Not if he wanted her to be happy.

He could, however, extract her. Just for a moment. It would be the first time he could talk to her since she was six. He knew his wife had told her he’d died. It’s what she believed as well. When they extracted him they faked his death. Part of him had been grateful because it meant they had closure and didn’t think he’d abandoned them. But now, he was about to ripe that scab off.

He bounced on the balls of his feet as he waited both terrified and excited at the same time. He watched her as she walked down the path towards the road.

“Now remember, we only have a few minutes. The extraction isn’t on their schedule so it will immediately alert the night guards.

He heard the sound of the lever being pulled. For a moment nothing happened. Suddenly, the world inside the pool flipped upside down and Josephine was falling towards the sky, falling up towards him.

“Hold on! Here she comes!” Sam yelled from his place by the controls.

The water gave a huge splash as she exploded out of the pool and hit the net high above them. Sam pulled another lever and the net closed around her and caught her as she lost momentum and started falling back towards the pool.

She screamed as she was encased by the net. Sam pushed another button and the net swung around and dropped her onto the floor near Earl’s feet. She battled against the ropes as they loosened. It took her a couple of tripping tries to get free as her foot kept getting caught..

“Hello Josie,” Earl said quietly, once she was free.

She stared at him in stunned disbelief. “Am I dead?”

“How are you alive? And here?” she asked, stepping towards him “Where is here.”

“Yes, you said that.

“We need to hurry this up,” Sam said, by the dials. “The extraction will have triggered their alarms. Warn her and let’s send her back.”

He turned to her and held her by her arms. “In a couple of days Frank is going to propose.”

“And,” he continued on without stopping. “You’re going to meet a couple of twin boys that same day who will take you to see a bat they’ve found.”

Footsteps thundered down the hallway towards them.

“The bat. It’s going to bite Frank and make him sick.”

“So don’t go with the twins?” she asked, looking at him bewildered.

“Yes, I mean no, I mean, yes go with the twins, because if you don’t, the bat bites someone else and then they die. You have to go, but get rid of it.”

Suddenly the doors flew open. Sam grabbed her shoulders and pushed her into the pool where she disappeared into the rippling water.

“On your knees,” the guard shouted.

“Do you think it worked?” Earl whispered to Sam as they were arrested.